in case of full advance payment
Make a deal 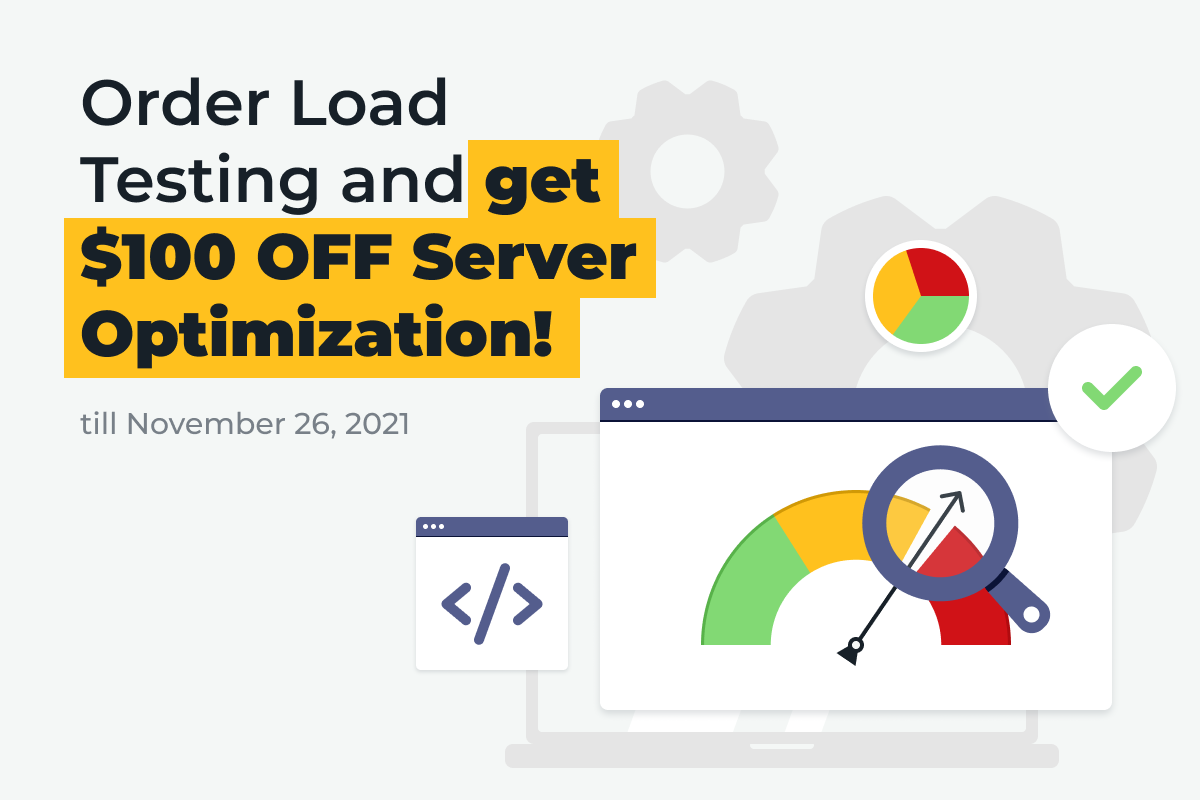 In this article, we will talk about load testing: why it should be done, who needs it, and what stages it consists of. At the end of the article, you will learn about a new promotion, which will save you budget and improve the performance of your website with the server optimization. In one of our previous articles, we have already talked about optimizing server performance. In this article, let’s focus on load testing.

What is load testing

Your site will be checked for non-functional requirements: performance, stability, scalability, stress and fault tolerance.

For this, we isolate load sources, draw up a testing model, monitor server operation to find differences in metrics in different operating modes of the system, and develop scripts to simulate the load.

What does the load testing consist of?

Allows you to find out the performance limit, measure the execution time of operations at given loads, investigate performance at extreme loads

Test of system operation under high load for a long time.

What do you get as a result of load testing

As a result of the implementation of the recommendations, you will be able to:

Insufficient performance of the IT system can lead to disastrous consequences:

You need load testing if:

For those who is ready to run the load testing, we’ve just got a special offer:

As a result of Basic Load Testing you will get a report indicating the bottlenecks of the project and which pages are better to optimize, recommendations for optimizing the project operation and server infrastructure, plus a $100 discount for subsequent optimization work if you order it from us within 3 months.

What do you get with Server Optimization?

8 Systems to Integrate Into Your Online Store or Marketplace

Why Do Restaurants Need POS Integration?

Designing an online store: where to start creating a profitable eCommerce site?

PrevPreviousHow to Adapt Content for Different Social Media?
NextAdd-Ons Changelog for the First Half of October 2021Next

Looking for developers for your project, but afraid to make the wrong choice?

Get our checklist “How to Choose the Right Partner for Your ECommerce Project: 10 Hallmarks of an Unreliable Developer” right into your inbox!

You will learn:
Какой-то текст ошибки
Receive by email
The form was sent successfully.
An error occurred.
There's something wrong. The form is invalid.

Tired of solving complicated hosting issues? Focus on your business with complete peace of mind!

Save time, money and effort on hosting work!