4 Reasons Why You Should Upgrade PHP Version

PHP 5.6 and 7.0 will reach the end of life on December 31, 2018, and will not be supported for critical security issues. We recommend switching to supported versions of PHP, and in this article, you will learn why.

PHP is best known as a server-side scripting language for the Internet. Due to its ease of use, it has become a language with a low entry barrier, allowing both experienced and newbie programmers to use it. As a result, it is now used for over 80% of web pages. As a software, PHP has a release life cycle. Each major PHP release is usually fully supported for two years after its release. During this time, bugs and security issues are being fixed on a regular basis.

Reasons why you should upgrade PHP versions

To catch up with time and technologies, you need to upgrade PHP to the supported version. Below are several reasons why you should think about upgrading.

One of the most important reasons for updating PHP is to ensure that you work on a version that is fully supported and regularly updated for security vulnerabilities. PHP 5.4 has not been fixed since 2015. And PHP 5.5 has not been fixed since 2016. The threats can be different: DoS, code execution, overflow, memory corruption, XSS, directory traversal, information traversal, and retrieval. Numerous old versions vulnerabilities become exposed every year and some of them will never be fixed. 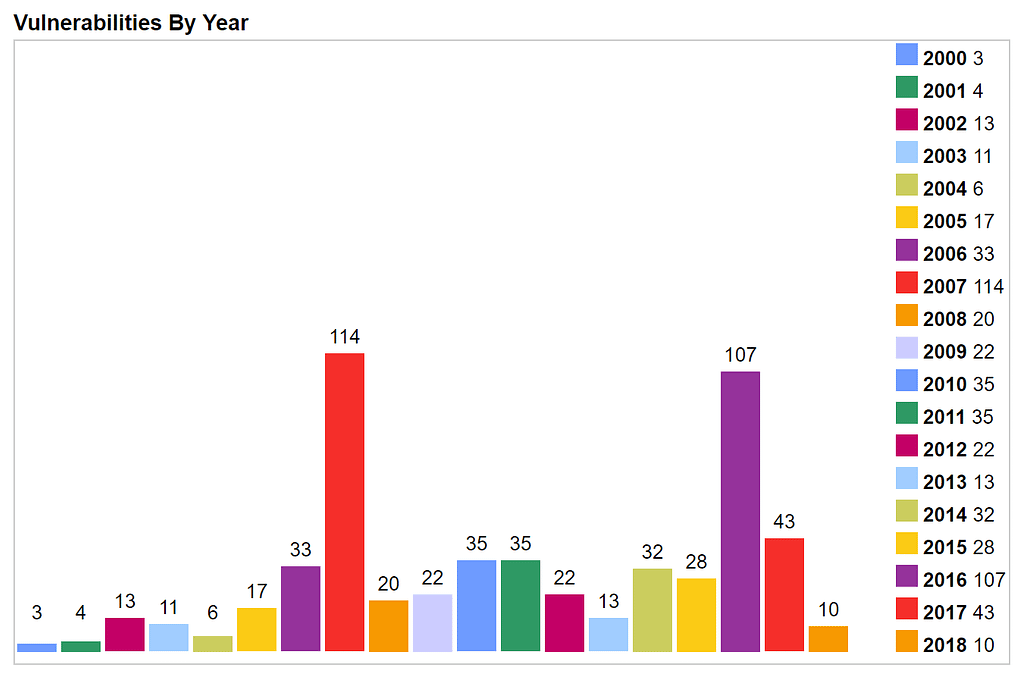 Supported versions of PHP are constantly monitored and improved. Each of them often includes both major and minor changes to improve security and eliminate any flaws, configuration failures, and other problems. It is a positive approach to update and maintain awareness of the latest versions and their changes.

With the release of PHP 7.0 (and 7.2), there is a huge performance gain! PHP 7 allows the system to perform twice as many requests per second as compared to PHP 5.6 by almost half the delay. Support is another reason you want to use the latest and supported versions of PHP. This is due to its compatibility. Things end up breaking when you run older versions. That is a main concern of the developers for the web projects.

If you didn’t upgrade PHP for a while, you’ve missed so many new features between PHP 5.6 and PHP 7.1. A few changes with PHP 7 and 7.1 include:

Unfortunately, many developers are stuck in supporting a wide range of versions.

PHP 7 comes with many improvements over its predecessors that will benefit your eCommerce site. Despite this, it is becoming an industry requirement for the launch of a safe and fast online store, so it is important to make the switch sooner than later.

AWS Cloud hosting users do not have to be aware of their version of PHP, because we regularly update it.

For others, if you need help with a switch, send us an email or just migrate to AWS Cloud web hosting and get more benefits that will reinforce your eCommerce business.

Twitter Linkedin
More Posts
10 Types of eCommerce Businesses with Examples
How eCommerce Sites Can Enhance Their Businesses With Webinars
Using Blockchain for eCommerce: How the Technology Helps Marketplaces
How Can Laravel Be Used for eCommerce Purposes
Want to Launch a Marketplace?
Learn how
Solutions and Services
Menu
Servers, Infrastructure
Menu
UX/UI Design
Menu
Management
Menu
CS-Cart and Multi-Vendor
Menu
Add-ons and Themes
Menu

Tired of solving complicated hosting issues? Focus on your business with complete peace of mind!

Save time, money and effort on hosting work!